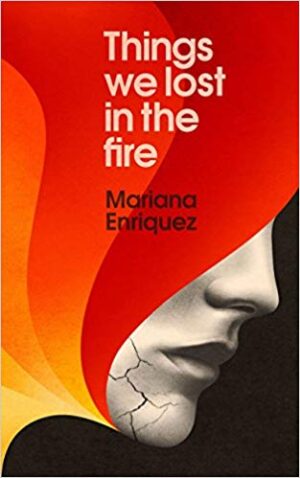 The Things We Lost in the Fire

A woman returns to the rundown suburb of Buenos Aires her family once called home. From the safety of her window, she watches as a teenage prostitute raises her five-year-old son on the street. They sleep outside, surrounded by pimps and addicts, psychopaths and dealers, worshippers of the occult and corrupt police. One day, the mother and the dirty kid are gone, and the dismembered body of a child is found in the neighbourhood. Is the murder part of a satanic ritual, or a gangland killing? Could it be the dirty kid, and if so, is his mother a victim too; or an accomplice; or his killer? Thrilling and terrifying, The Things We Lost in the Fire takes the reader into a world of Argentine Gothic: of sharp-toothed children; of women racked by desire; of demons who lurk beneath the river; of stolen skulls and secrets half-buried under Argentina’s terrible dictatorship; of men imprisoned in their marriages, whose only path out lies in the flames.