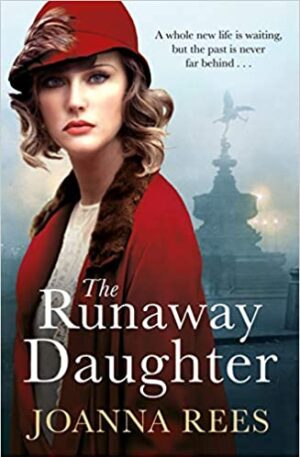 The Runaway Daughter (A Stitch in Time series)J

It’s 1926 and Anna Darton is on the run from a terrible crime she was forced into committing. Alone and scared in London, salvation comes in the form of Nancy, a sassy American dancer at the notorious nightclub, the Zip. Re-inventing herself as Vita Casey, Anna becomes part of the line-up and is thrown into a hedonistic world of dancing, parties, flapper girls and fashion.

When she meets the dashing Archie Fenwick, Vita buries her guilty conscience and she believes him when he says he will love her no matter what. But unbeknown to Vita, her secret past is fast catching up with her, and when the people closest to her start getting hurt, she is forced to confront her past or risk losing everything she holds dear.